Well guys, I’ve decided that I will post a picture of a new prototype that I acquired everyday this week! I have recently gotten very lucky and I have bee able to pick up quite a few prototypes and test shots. To kick things off, I will reveal my favorite pick up: a 1982 Grand Slam prototype! It is in great shape (minus the missing leg) with tight joints and no paint. The most interesting thing about this figure is that I actually bought it from a seller in England, so it actually might be a prototype from Palitoy. Does anyone out there know if Palitoy made a Grand Slam figure? Or could this be something even cooler like the famous mystery figure that is now known as Bombardier? 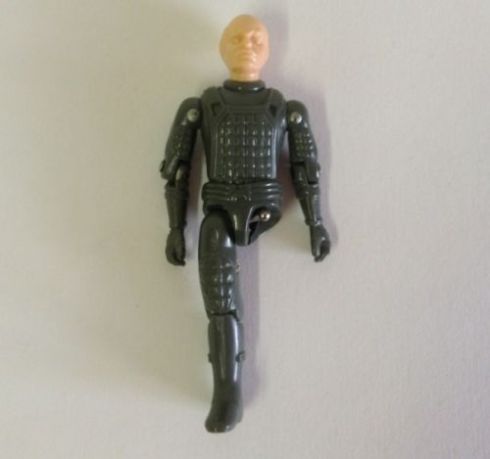 I will be searching eBay for a cheap Grand Slam or Flash leg (since it is the same tooling) to place on the figure, so I can display it standing up. I will continue to post some cool prototype figures and an interesting mock up art piece this week, so check back everyday for something new!

3 thoughts on “Prototype Week Here At the Leaky Suit Brigade!”