There will be several upcoming posts about new Joe acquisitions! For the first post, we have two items that actually might not be considered GI Joe. First, we have a Stargate All-Terrain Cruiser. Why did I buy this? Because it used the AWE Striker! I like hunting down and finding “Joe Toys” that aren’t actually Joe like the Bronze Bombers 12-pack and others. This is a perfect example. It is the basic AWE Striker in tan/brown with a rocket launcher on top. Fun and a cheap pick up. I am also trying to track down a couple other interesting non-Joe, Joe items. So hopefully I will have more to post soon. Second, we have an international offering from Argentina. It is a C.O.P.S. repackage of GI Joe Sorek. 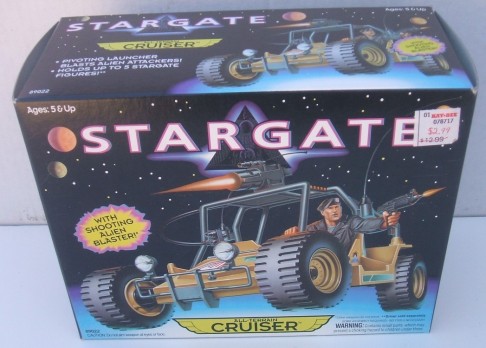 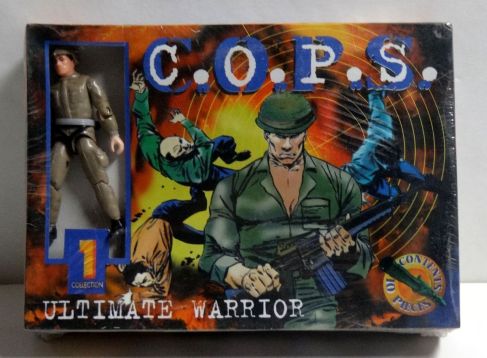 Hey guys so as I pull back on the amount of purchases this month, I will be posting pictures of interesting items in my collection. First up are the 1985 Weapon Transport and its international variations. This vehicle is often over looked and that has made collecting it and variations of it easy to do. Below are pictures of the US release, the Argentina (Plastirama) release, and the India (Funskool) version. The US vehicle is on the far right of the pictures and is in an olive drab/green color. The light green variant is Funskool, and the dark/bright green is from Argentina. You may also notice that with the Funskool version, the wheels are black while the US and Argentina versions are more grey. They are all pretty affordable at about $15 each plus shipping. In my experience, the Funskool version was a little harder to come across. 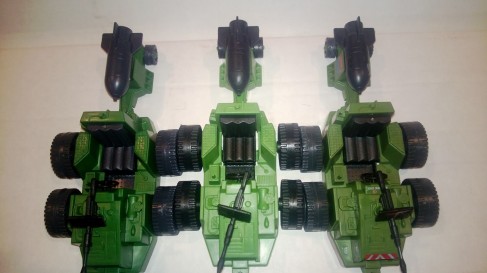 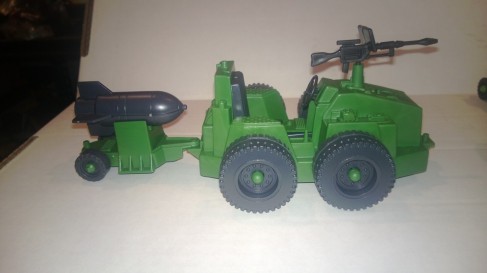 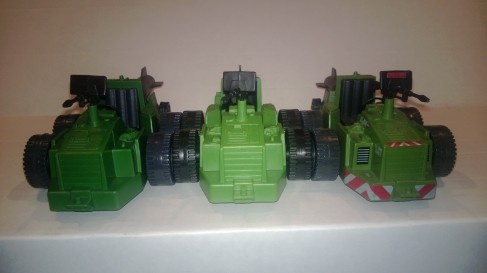 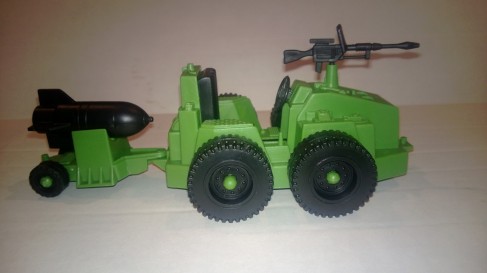 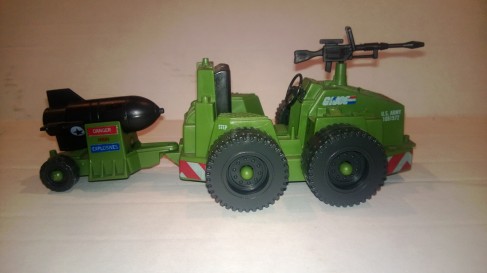 Both of these pieces will be arriving in the mail this week! First up is a MOC 1983 Major Bludd. The bubble has some lifting on the right side however, it is still attached and was an absolute steal at $37! I’ll take a little imperfection if it means I get it MOC and save several hundred bucks in the process.

Second, I grabbed a MOC Plastirama (Argentinian) Destro! The card is in GREAT shape for something from Argentina and as a bonus, it is unpunched! It is a much cheaper and easier buy then the US release Destro which runs $200-500 depending on condition. 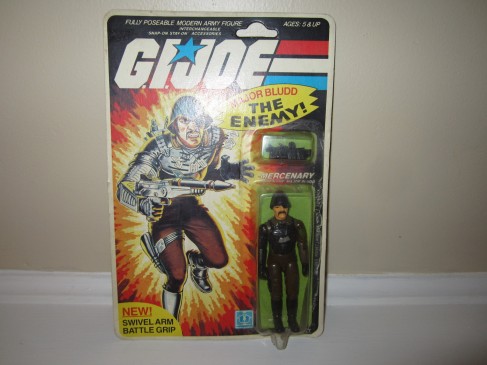 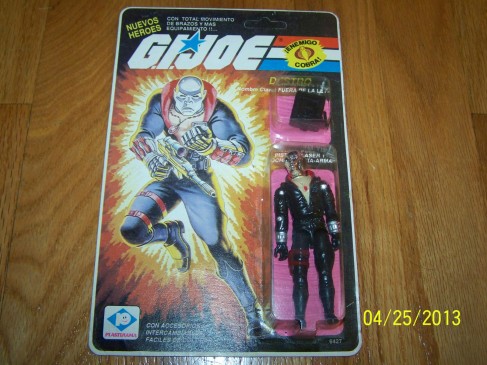 I bought Iceberg, the Club Membership Figure carded from the store (there still might be some available) as well as the mystery 13th FSS figure Blackout! I also picked up an Argentinian Flash with his file card. I’ve included a second picture with the US release (on the right) to compare the difference in color. Finally, I also picked some rare Funskool figures! I grabbed Emerald Zap, Purple Ripper, Gung Ho and Lady Jaye! I had been looking for the Emerald Zap and Purple Ripper for awhile and got both for a good deal! 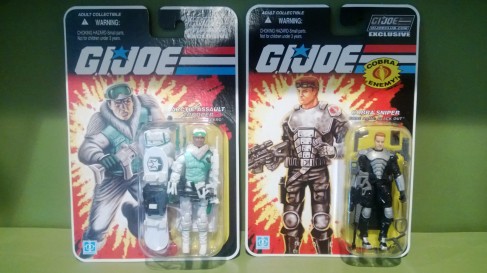 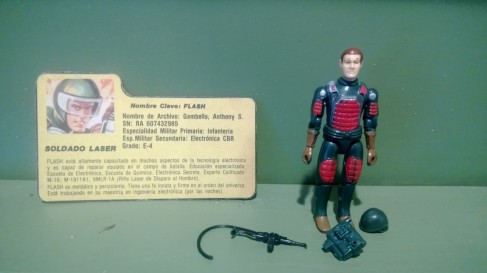 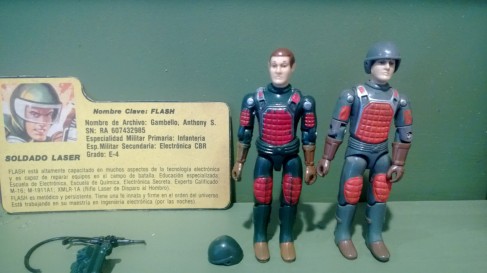 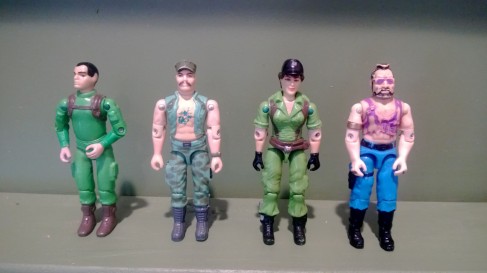 I went on a bit of a shopping spree and picked up a lot of stuff: SDCC Zarana (both pink and cold slither versions), FSS Quarrel, Grunt, Jinx, and Cover Girl, Funskool Super Cop with his his repainted vehicles, 25th anniversary Tiger Rat (I’m hoping the next con set, and my first attending con, will be Tiger Force), Kick Start, both versions of the Vamp Mk II with the Steel Brigade driver and Double Clutch, Night Fox w/ AWE Striker, Plastirama and Funskool Weapons Transport, and Plastirama and Funskool Bomb Disposal. To finish it off, I also picked up the Bronze Bombers 12-pack that used ARAH sculpts! A ton of packages arrived this week and the wife was very surprised, but understanding 🙂

I’m excited to open up both of the Funskool vehicles because they are still sealed and come with free figure pack-ins. Here is to hoping for a Blue Hawk or Blue Short Fuze! Haha. Most likely it is just some random throw in, but it will be fun nonetheless. 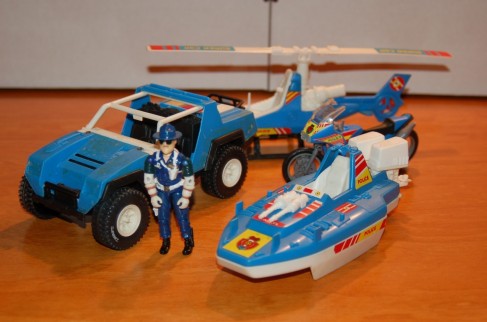 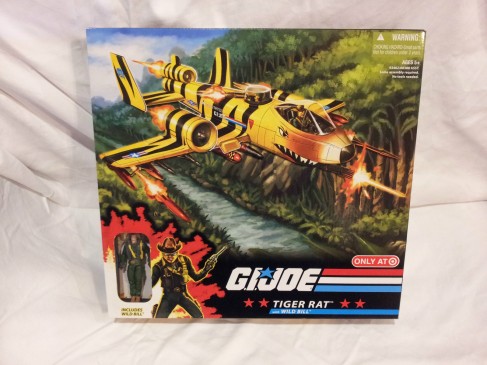 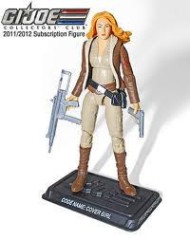 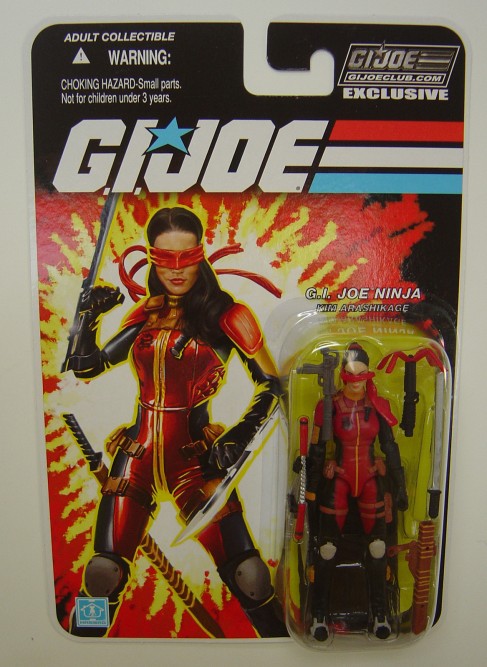 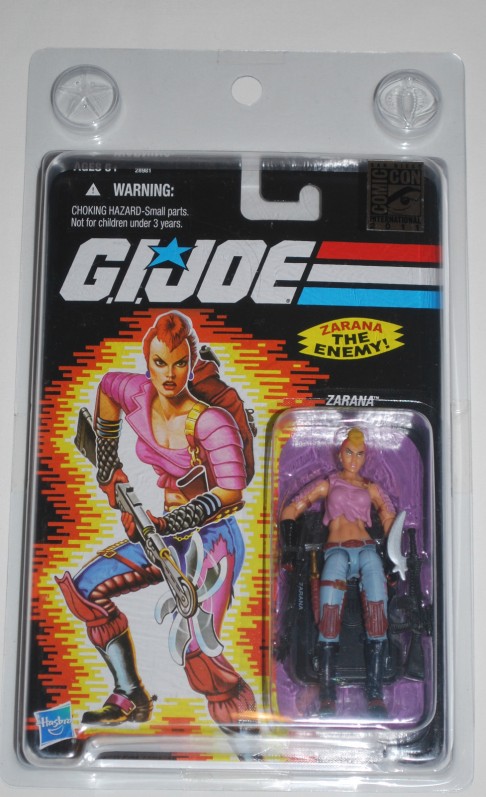 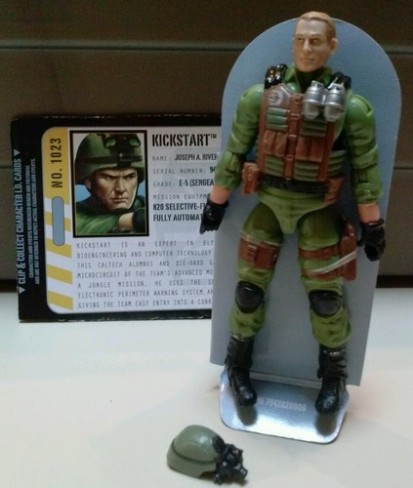 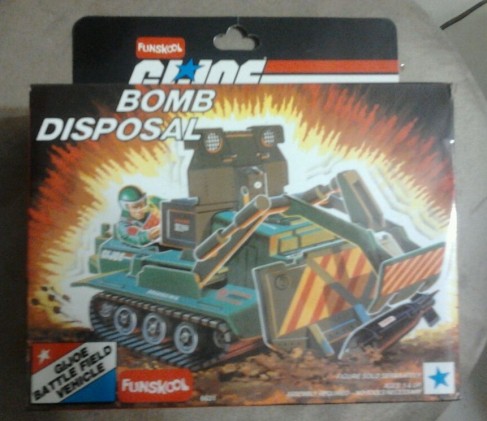 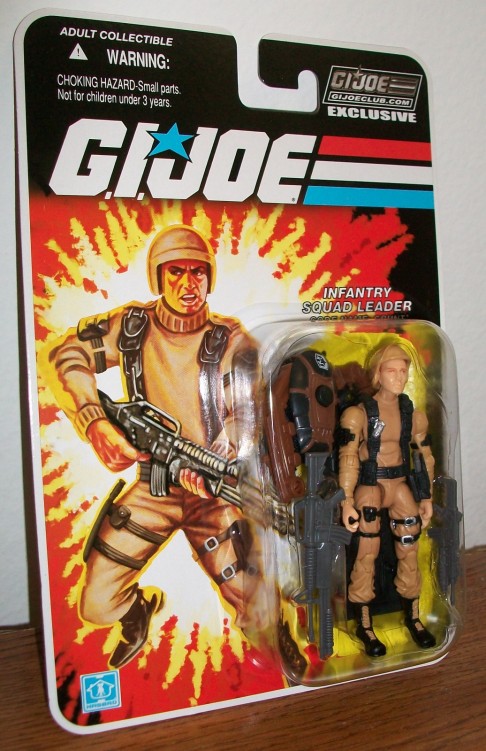 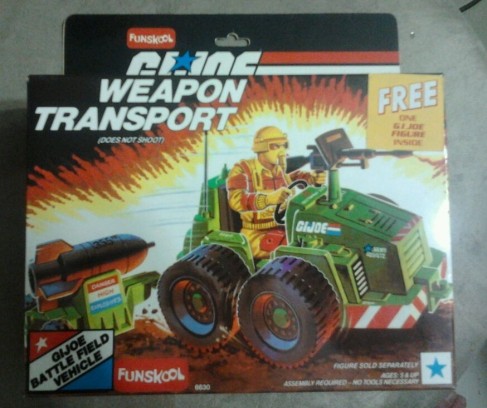 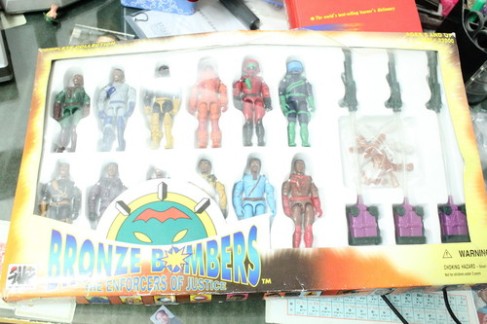 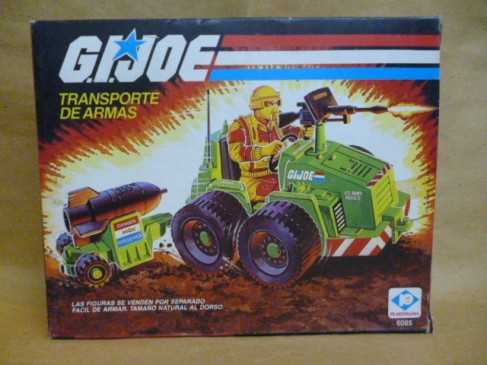 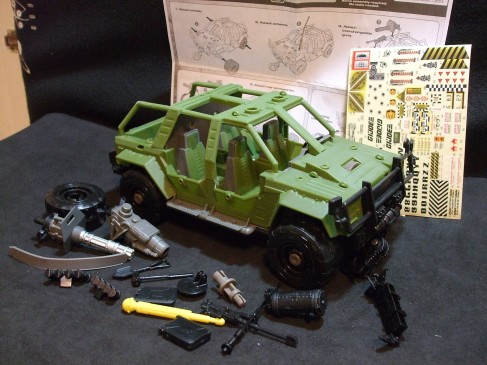 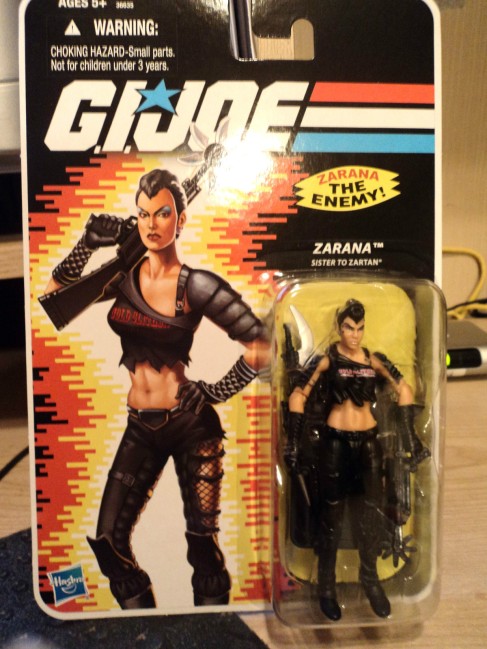 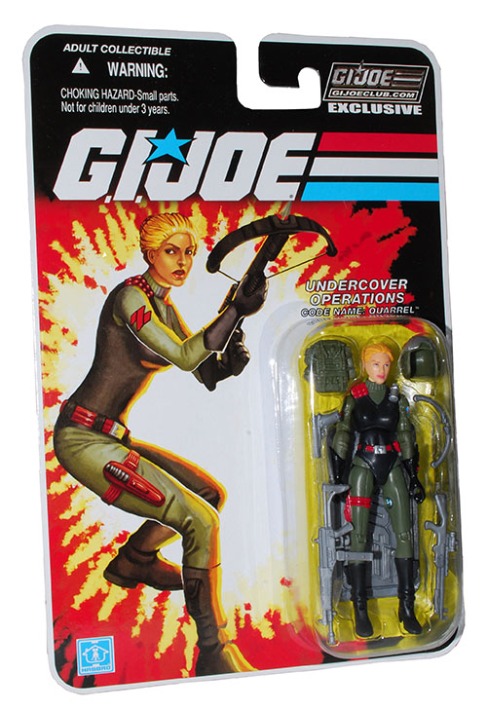 I just got this off of eBay! I had never seen or heard of it before. If anyone out there knows anything about this I would love some information on it. Seems like a perfect place to put my Argen 7. 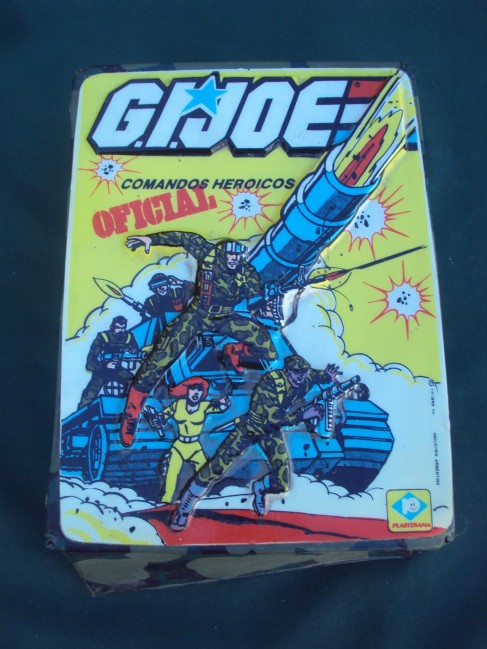 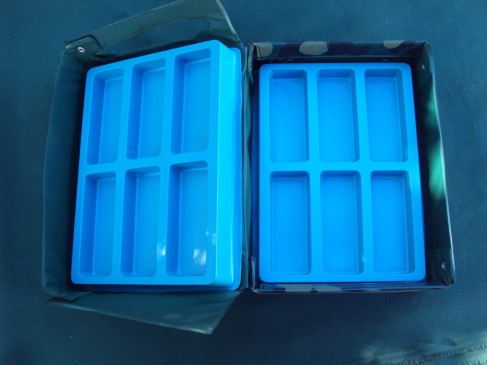