A couple days ago I mentioned in a post that I bought some stuff from IDW Limited. Well, here it is! First up is a one of a kind sketch cover of GI Joe Infestation with Cobra Commander by Germanico. I have to say it looks badass and makes me want to buy a couple more sketch covers from IDW.  Second, I picked up the Cobra Civil War Lithograph Gallery. It is prints of 9 covers from the Civil War, all the variants with CC’s head/helmet and another character.

I also may have some big news about some really cool IDW Joe stuff in the next day or two. I’m efforting that in my free time. Hint: original art. 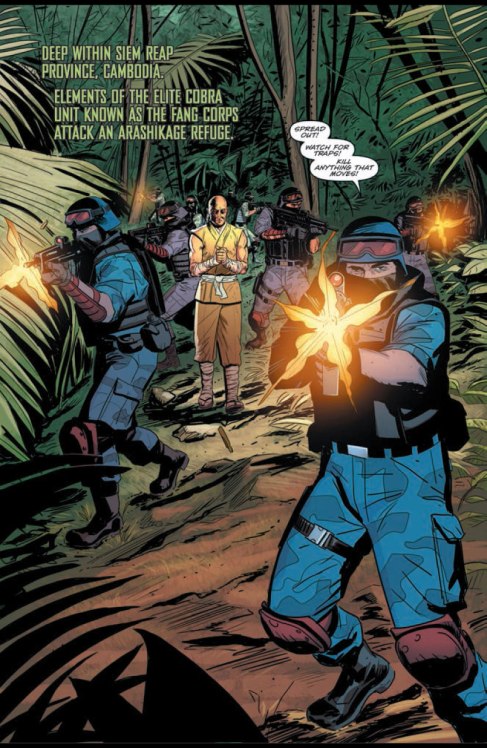 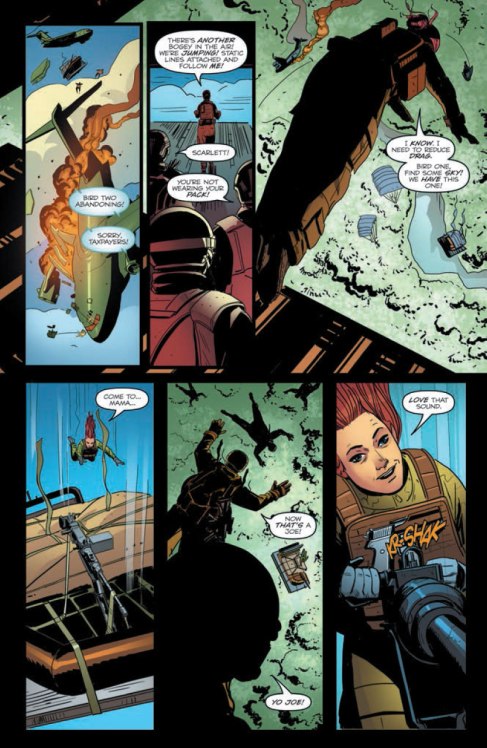 Run over to your LCBS and buy this issue tomorrow, I do not think it will disappoint.

I added to more items to the growing collection. First up in a MIB Tiger Rat. I have posted several times on here about my love and appreciation of Tiger Force. It really caught my eye as a kid and became my absolute favorite Joe sub-team. This gets added to the collection of MOC and MIB TF stuff I have collected. I now only need the Tiger Paw for a complete MIB collection of the vehicles. I have all the TF figures MOC (except for the international ones, the prices on those $600 and up are not something I want to splurge on yet.) This auction had really good timing because of the David Jensen estate auctions. He was a no-name collector who amassed a HUGE collection. His estate’s auctions got front paged on http://www.Hisstank.com and the prices rose too high and all the auctions went for a premium. So while others had to pay as much as $213, I got my for less than half of that.

Next up is a 1983 Hiss Tank Driver prototype (Edit: this is more likely the 2000 Rip It test shot, because the plastic appears to be different than that used in the 80s.) It is a first/test shot of the figure. It will go nicely with the growing prototype collection I have. Now if only I could find any 2Up of a GI Joe, that would be awesome.

The surprises are in hand! (Well two of the three are here.) I won’t get a chance to post the reveal until tomorrow because it is the wife’s bday and that has to come first, haha. I will clean them up a bit and take some pictures!

So I have been figuring out how to use WordPress a little more and I enabled sharing and following and I also linked my (new) Twitter account as well as a Facebook page I created for the site.

I also reblogged a couple other sites. This will not happen too often, but they were cool reads and I wanted to expend my network a bit.

Next up will be an update on the big surprise, some eBay purchases, some IDW Limited purchases, and maybe some GI Joe Retaliation news. Basically back to your regularly scheduled programming.

He says Baracus would win; but I have to disagree, the Sarge (Slaughter’s Marauders version) was my favorite as a kid and nobody beats him!

It’s time for two of the toughest men from the 1980s–in comics, cartoons, toys and even professional wrestling–to tussle. We’re talking about the A Team’s B.A. Baracus taking on Sgt. Slaughter!

(For clarity sake, we’re just talking about the characters from the A Team and GI Joe)

SIZE MATTERS:  Baracus would literally be looking up at Slaughter; exactly eight inches. His height of 5′ 10″ is dwarfed by the drill sergeant’s 6′ 6″. Slaughter is also the beefier of the two men, weighing in at 286 pounds, about sixty more than Baracus. ADVANTAGE: Slaughter

DECORATED SOLDIERS: Slaughter’s military service is well-known. He would have to be extremely well-trained to have been given the task of being the head instructor/trainer of the United States’ best special operations group. Baracus has a similar military pedigree, having been a well decorated sergeant himself in the United States’ Special Forces before becoming a fugitive.

I just discovered a really cool blog called Action Figs & Things!, there is a lot of GI Joe on there so I will be frequent reader.

This I picked up a loooong time ago on clearance at a nearby Wal-Mart.I’ve read this guys(Air Raid) file card a gazillion times and only now am I realizing that this is none other than “Airborne” with a different code name.If you keep up with your Joe intel,like I so very often don’t,then you should know that Franklin Talltree was Airborne’s  real name,hence the connection with Air Raid who sports the same name on his file card.It’s not all the time that I’m able to put 2 and 2 together but I blow myself away the times that I do ;)So…yeah…moving forward.I love the figure from this set and while I’m not crazy about the Sky Sweeper ,It’s still pretty cool.I wish it was a two-seater.Enjoy the pics. I’ll keep it short and sweet, there are a lot of kids out there who aren’t fortunate enough to have the great Christmas days that many of us, including myself remember. So, if you can, please that the time to donate to Toys for Tots. Even just one toy will make a big difference.

While I was in Cleveland, I came across a store selling Iron Man, Star Wars, and Transformers toys all for $5, so I couldn’t resist and bought some and dropped them into a Toys for Tots box.

I went to Cleveland for the weekend to visit the in-laws and I was able to stop by a vintage toy store/comic book shop called Big Fun Toy Store. It was an awesome shop. They had a ton of ARAH figures and vehicles as well as a bunch of the original Marvel GI Joe comic books. I passed on the figures and vehicles because I had them all, but I picked up 12 comics. Just a couple odd issues here and there for a complete Marvel GI Joe run! I also managed to find “Countdown to Zartan” at a local discount store for $5 and couldn’t pass that up, especially since I don’t have the DVDs yet. 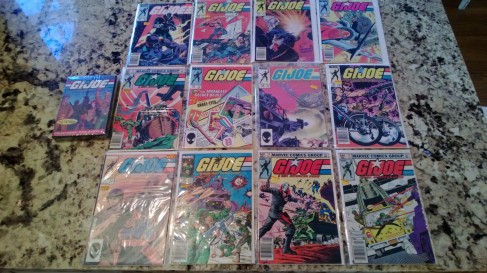 Come on guys, these are great books! We should pick that number up. I subscribed to all 4 books at my LCBS. The comics are really the only way to get new Joe stories because there isn’t any cartoon at the moment and Retaliation is still not out. And even when Retaliation is out, I’d put my money on the comics being the better story.